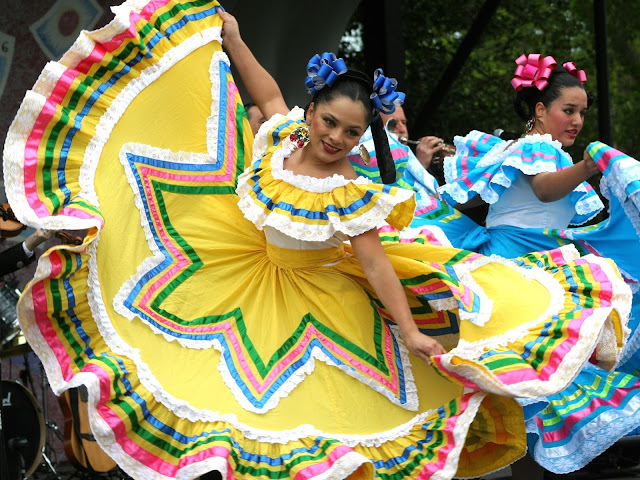 ¡Olé mis amigos! Holy Guacamole! It’s once again time to celebrate Cinco De Mayo—the 5th of May! Instead of all the controversy around Mexico in the past year, this may be an excellent opportunity to educate your students and allow them to ask questions about what they hear on the news.
Cinco de Mayo is not Mexico’s Independence Day from Spain (which is September 16th)!


This is “la verdad” (the truth): when the French invaded Mexico in 1862, Mexican General Ignacio Zaragoza’s force of 4,000 soldiers defeated 8,000 French soldiers in the Battle of Puebla on May 5th. The Mexicans’ courage inspired Mexican Americans (Chicanos) to celebrate the victory even though the French occupation continued four more years.
Later in the 1960’s and 70’s, Chicanos involved in the civil rights movement associated Cinco de Mayo with their quest for respect in the U.S. They identified with the Native Mexican and Mestizo (people of mixed Native Mexican and European descent) soldiers who triumphed over European efforts of conquest.
Chicano activists made Cinco de Mayo a popular holiday in the United States. Today many celebrate Cinco de Mayo con muchos fiestas!


RAFT has muchos Cinco De Mayo ideas for you and your students to explore!

April 20, 2018
“The cultivation of flowers and trees is the cultivation of the good, the beautiful and the ennobling in man, and for one, I wish to see this culture become universal.”
Those words, from J. Sterling Morton, the founder of Arbor Day, got me thinking about how caring for trees and respecting all living things greatly impact future generations. National Arbor Day (held this year on April 27th) is an annual observance celebrating the role of trees in our lives and promoting tree planting and care. This holiday was first observed in 1872, in Nebraska, but tree planting festivals are as old as civilization. Trees have appeared throughout history as the symbol of life and hope. As teachers, we can encourage students to appreciate trees, nature, and all living things for future generations to enjoy! Here are a few STEAM (Science, Technology, Engineering, Arts, and Math) ideas to help you spread agricultural information and enthusiasm for trees on Arbor Day with your students: SCIENCE: Explore t…
Post a Comment
Read more